Convergence (2020) – a book installation by Michelle A M Miller, with music by Tessa Brinckman

Michelle A M Miller states “Convergence is a durable recording of a fading memory I want to fix in time and the reverie it inspired. It is equal parts family biography, scientific exposition, and abstract imagery contained within a touchable sculptural object. The accompanying score by Tessa Brinckman adds an aural velatura and conjures a cosmic waterscape highlighted by a recording of my mother speaking Miskitu. As Convergence transports us from the terrestrial to the celestial, we experience memory, time, place and the convergence of seemingly asynchronous events and ideas.”

The limited editions, released on October 14, 2020, are available to order at IS Projects  and are already featured in Editions/Artist Book Fair NY  and the University of Miami Special Collections.

Here’s the music in full, and some images…

Box | Grown Men Sing​ is a 35 minute meditation on loss, seen through the lens of solitary confinement, its connections to colonization and climate change, and our yearnings beyond dehumanization. This piece is a collaboration with Steven Czifra, Jerry Elster and Danny Murillo, who are survivors of solitary within the US prison-industrial complex. I recorded each of them answering questions about what they heard, smelled, tasted, dreamed, remembered, resisted and loved, and their recorded words lead listeners through a dreamscape. Box​ was developed during an artistic residency in 2018 at Centre Pompadour in France, and its completion and premiere were commissioned for the Oregon Fringe Festival in 2019. It has also been performed at The Willows Nest, Berlin, Germany (2019); Site of Sound Series and Extradition Music Series (2020).

A music setting of the New Zealand classic poem, Denis Glover’s “The Magpies” – from the point of view of a magpie

Hüzün Nar​ translates roughly as “Fiery Melancholy” (Turkish and Arabic) and is a nod to Turkish novelist Orhan Pamuk, and his beloved city, Istanbul, which I travelled to in 2011. The music was inspired by the juxtaposition of multiple, city-wide calls to prayer with hectic electronic dance music coming out of numerous clubs in Istanbul, at a time when the political turmoil was leading to later protests at Taksim Square.

After scoring and recording ​Hüzün​, I asked animators Miles Inada and Devyn McConachie in 2019 to create an animation piece, with complete creative freedom to interpret the score. This project will be completed and released in time for film festival submissions in 2021.

11th Species Counterpoint (2019) – Tessa Brinckman & Renee Coulombe
flute + electric piano + digital audio + video
Tessa Brinckman (flute, field recordings) and Renée T. Coulombe (digital audio/video/electric piano) created this immersive work from field recordings and recorded dreams, during the Willows Nest Artist in Residence program in November, 2019. It’s an extended meditation on the sights and sounds of the natural world, and an invitation to contemplate the richness of nature, here in the Anthropocene and the Sixth Mass Extinction.

Premiered at the Ashland Independent Film Festival 2019, these three works were written to accompany a trilogy of silent films by Stacey Steers, as well as stand alone as concert pieces. 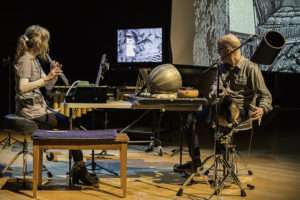 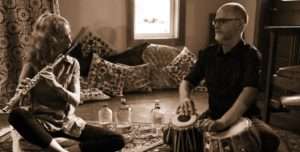 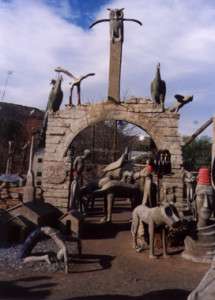 Inspired by accounts of the Dust Bowl and the Great Garbage Patches in the Pacific Ocean, this piece expresses the ambivalence of our own survival in a self-destructive world

The music was nominated for a 2014 Jefferson Award. White Snake toured the United States and China (2012-2015)